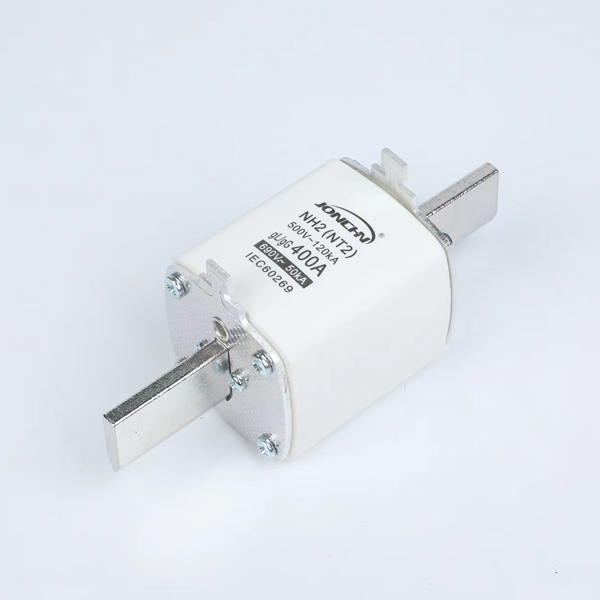 The fuse is suitable for line overload and short- circuit protection in the distribution equipment of industrial electrical equipment with AC rated frequency of 50Hz, rated voltage of AC to 690V, DC 250V to 440V and rated current to 1250A.?Fuse is divided into six sizes according to the size of fuse tube. Each size has corresponding rated current range. Refer to main technical parameters for rated current level of fuse of various sizes. The fuse can be equipped with an impactor according to the user’s requirements, and the impactor is generally located directly above the fuse contact.

Send email to us

◆Installation category
The installation category of fuse is class I.
◆Pollution level
The anti pollution degree of fuse shall not be lower than level3.
◆Installation mode
The fuse can be installed vertically, horizontally or obliquely in the workplace without significant shaking and impact vibration.

Breaking range and use category

The fuse consists of fuse base and fuse link. The fuse base is composed of base contact, base plate, etc. The fuse link is composed of fuse tube, melt, quartz sand, knife type contact, etc.
When the fuse is installed in the circuit, when the current passing through the fuse exceeds a certain value for a sufficient time, the melt in the fuse body will be fused, and the arc generated when the fuse is fused by quartz sand in the fuse tube will be extinguished, so as to achieve the purpose of breaking the circuit.
When the melt is blown, the indicator on the fuse link will pop up, indicating that the fuse link is blown.
For the fuse equipped with an impactor, when the melt is fused, the impactor will pop out automatically. The user only needs to install a micro-switch or a suitable signal sending device (selected and purchased by the user) in front of the impactor, and then the required signal can be obtained after the fuse is fused.

Main technical parameters of fuse are shown in Table 1